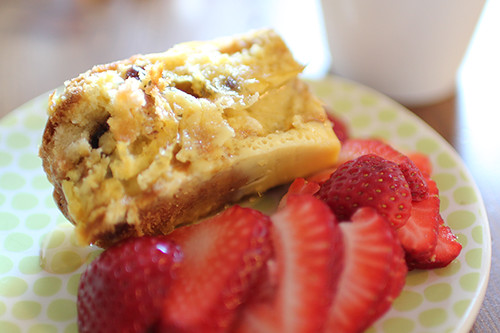 Today is cold with traces of yesterday’s sleet still on the ground. These will probably be the last cold days of winter here.  It was perfect for trying something that I’ve been wanting to try for a long time:  Baked French Toast.

Our Sunday afternoon was free after our plans were cancelled due to the weather.  We started off with our favorite cinnamon bread recipe but instead of making a loaf, we split it up into 8 equal parts and made mini loaves.  My 13 year old helped with the rolling and preparing of the dough.  These small bits of dough are a lot easier for kids to handle. 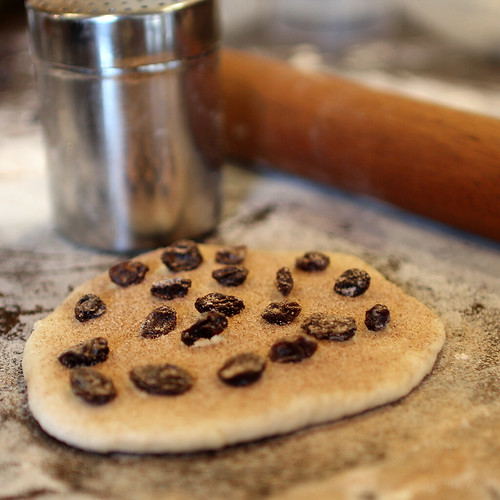 We rolled them and put them into the mini loaf tin to rise for 3 hours. 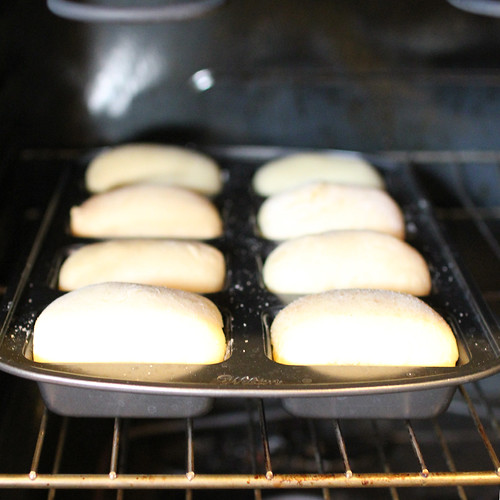 Then last night I baked the bread.  The house smelled great.  After it cooled, I poked each loaf full of holes with a toothpick and put it in an egg and milk mixture (with a little salt and sugar added – just like French Toast).  I flipped it a couple of times and let it soak all night.  *The best way to do it would have been to cut them in half and let them soak (explained below). 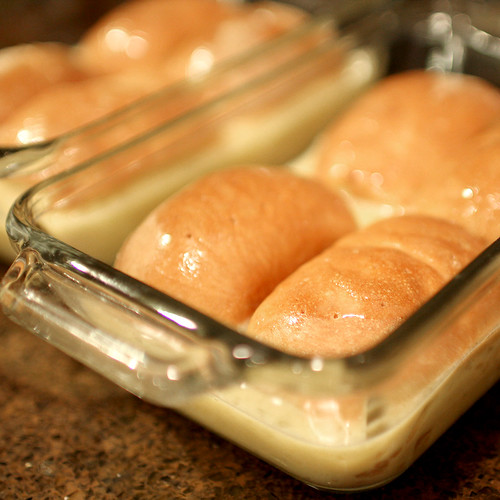 When I woke up this morning, the kids were waiting.  They had skipped their normal breakfast and were in the school room working, all wondering when the French Toast would be ready.  The nice thing about these recipes that take a long time is that by the time the food is done, the kids have been waiting, salivating, and waiting some more.  The anticipation makes the experience of eating that much better.

I cut open one loaf and saw that the egg mixture hadn’t penetrated through to the center of the loaf like I hoped.  I cut the loaves in half and let them soak a few more minutes cut side down.  I stuck them back in the oven for 30 minutes and they were done!  The egg mixture around the edge had cooked up nicely as well.  You can see it stuck to the bottom of the piece below. 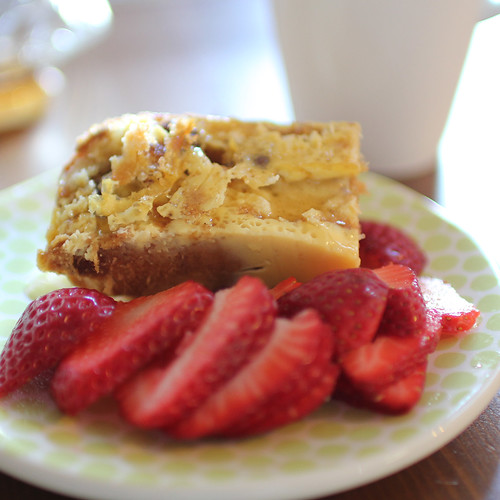 I had 1 half loaf.  The kids each ate FIVE!  They certainly are growing boys.  So this isn’t a recipe post, but a post to encourage you to try something you haven’t tried before but have wanted to.  There are Baked French Toast recipes out there, but most of them look like bread pudding and I wanted to use my little loaves.  So I did.  And love how they turned out.  Breakfast isn’t a meal that we usually sit around the table to eat, but today we did and it was special.

One thought on “Baked French Toast”